MAKE IT A GREAT DAY! 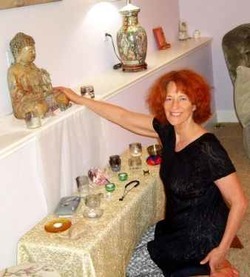 Down with the Golden Rule!
by Blaine Greenfield*

From early childhood, we have been taught the Golden Rule; i.e., to "Do unto others as you would have them do unto you."

For many years, I tried to put the Platinum Rule into practice. It was something I just did without giving it much thought.

In fact, it was only recently that the idea crossed my mind again when I was asked to give a brief speech at an InService Day workshop on presentation skills at Bucks County Community College.

I wanted to try out something new, and I also knew that I was going to be speaking at an upcoming Rotary meeting. So I decided to use the Platinum Rule as my topic.

In doing so, I came up with these three examples:

1. My daughter Risa loves to text. She uses so many text messages that I recently had to convert our family cellphone service from 500 text messages to 5,000 messages. (I kid you NOT!) The only problem is that I hate to text. I still have an old-fashioned cellphone that doesn't even feature a full keyboard; it is the kind where you only have 12 keys. But I've come to the conclusion that if I want to reach Risa, texting is the way to go. If I call her, I may or may not get a message back, and it often takes several days. The same applies to email messages that I used to send. However, if I text her, I'll often get a response within minutes. So I came to realize that if I want to communicate with her, I need to do so the way she wants to be treated with respect to communication from me.

2. I have a friend who loves to fly. He is a pilot, too. Several years back, he gave me what he thought was the perfect gift: a flying lesson. It might have been the perfect gift for him, but I hate to fly--in big planes and especially in small planes. I kept delaying my lesson, responding to his frequent questions with a response that I'll schedule my lesson "sometime in the near future." Finally, after about a year, I broke down and took the lesson. I survived it, too, but it's not something I would want to repeat anytime soon. I've come to realize that you should choose gifts on what the other person wants vs. what you like.

3. Fast forward to a few years later. Cynthia, my beautiful bride, comes home all excited about a Buddha she has recently seen and is thinking about purchasing for our home. Now keep in mind that we already have some 36 Buddhas throughout our home (OK, maybe I'm exaggerating just a bit), but in reality, we do have several Buddhas. And this one was very big, as well as very expensive. We talked about it, and Cynthia decided that she could do without it. A week later, I'm at the store without Cynthia. I buy the Buddha, nearly kill my back getting it into my car and then into her meditation room . . . just in time to surprise her for Valentine's Day that year. I still am not sure that we actually needed still another Buddha in our home, but it didn't really matter what I wanted. Cynthia wanted it, and we even wound up giving the Buddha a name.


PS. Karl the Buddha and Cynthia both want you to know: the Platinum Rule rocks!


* Permission gladly given to reprint this article. If you do, please include the following information: To share feedback with Blaine and/or to have him speak to your group, he can be reached via email: bginbc@aol.com. You can also subscribe to his FREE online newsletter by seeing the Special Offer at the bottom of his website: www.blainesworld.net.